Jim Simpson acknowledges that his decision to leave a solid, well-paying government position to test the economic possibilities of his own creativity wasn’t very practical, but he felt he had to make a change.

“When I got into government service I didn’t intend to make a career of it,” said Simpson, 44, who spent half a dozen years trying to balance the federal budget as an analyst at the Office of Management and Budget. “Six years is enough to kill anybody except maybe masochists and other crazy individuals.” 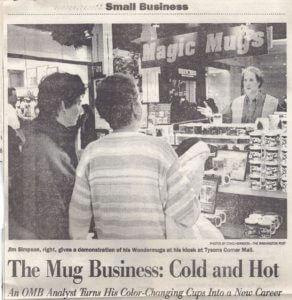 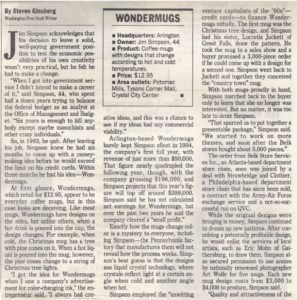 So, in 1993, he quit. After leaving his job, Simpson knew he had six months to come up with a money-making idea before he would exceed the limit on his credit cards. Within three months he had his idea — Wondermugs. 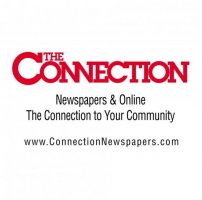